If you have been reading my rants you should know that some time back I finally made the move from shared hosting to vps’s. My first host was DigitalOcean, followed by Vultr and now I am trying out Wable, the newest kid on the block.
Now, before you start getting all ‘matter of factly’ I will state that I know this comparison is not exactly fair as Wable is openvz based while both Vultr and DigitalOcean are KVM. Still, I feel that as they are all relatively new, low end cloud based services, they’re all worth a look at.
This comparison was done by utilizing the following tools.

The metrics I will be using are

Vultr vs DigitalOcean (vs Wable).. let the fight begin..

First up DigitalOcean, they have been around for some time now and out of the three, they feature the most features, (private networking, snapshots, automated backups and a custom api for those who love scripting their own interfaces for stuff). While I will display screen shots of all benchmarks below, I will summarize and state that they had the lowest performance. I guess with all those free extra features you lost some of that hardcore baremetal performance.

Still, for enterprise customers looking for a cheap (and stable) service for their IT staff to develop on, with the plethora of features that DO (DigitalOcean) offers (especially private networking) it would be best suited to sit in the lap of the enterprise client.

Next up Vultr, this is a relatively new company (at the time of writing, it’s only been a month or two since they have been open to the public.) And I must say their service is exceptional. Like DO they offer KVM’s and their machines are ready in under a minute. Featurewise, while they don’t have the list of stuff I mentioned for DO above (except a custom api), but they recently added custom ISO’s which is a huge plus for people who want to run those os’s scraped from the dark depths of the Internet.

Performancewise Vultr blows everything out of the water with benchmark scores you would only see in VPS’s 10x it’s price. Since its inception they have been rolling out features one after the other and I would not be surprised if in a few more months they catch up to DigitalOcean in pure feature count.

For the tech enthusiast I would highly recommend Vultr and with their current promotion of doubling your first payment… The value is incredible. (I have personally loaded 100us and haven’t regretted a second of it).

Now Wable, truthfully, Wable is only here in this battle against giants because of its price. Currently for $8 you get 3 CPU’s 2GB RAM and a 50GB SSD

Also, it’s structure is unique… You don’t buy single vpses nor do you spin up kvms and pay per minute. Instead every month you pay for resources. And with those resources you can do practically anything with em. For instance the $8 plan comes with 3 cores and 2gb of ram…. With that I can either spin one machine with all the specs, make three tiny machines or anything in between. Also, IP addresses. Dear god they give you IP addresses like they grew on trees (24 of em for $8). And not ipv6 no… They give ipv4… Crazy right?

For them, when it comes to performance… It’s hard to explain… Core for core, Vultr has it beat hands down… But since for $8 you get 3 cores unlike 1 for both Vultr and DO.. you actually get better dollar for dollar benchmark performance. Unfortunately it uses openvz so it’s very limited when it comes to features.. I’d only recommend wable for someone who wants a ton of tiny machines each with a different ip addresses. While the average wable machine has the potential to be the most powerful of them all…. I am a bit skeptical, and will wait a few months before putting anything critical on their servers.

CONCLUSION: So.. who to go with? thats a simple one… if it’s a corporate or mission critical application.. use DigitalOcean for reliability and pure feature count, if not go Vultr (my personal favorite) for beast performance at a lower cost and a super active development team… as for Wable… lets give them a few more months and see whats up…

In the end, it’s still your decision, the following are poll-esque links which I will be using to track the popularity of each and report here a bit later on…

Vultr: I need speed!! | DigitalOcean: Stable and Rock Solid for me | Wable: Did you say 24 IP Addresses?

How to complile and install programs in linux 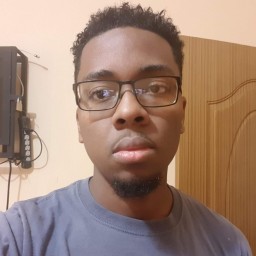